Not a Garden Guru

My dad was a farmer before he was a teacher, but good old Michigan muck stayed (figuratively) under his fingernails for his entire life. Till he was in his seventies, Dad raised glorious vegetables in the not-quite-up-to-snuff Wisconsin soil.
My mom took care of plotting and planting and caring for flower beds.
Gardening is in my blood.
Unfortunately some cosmic leach sucks it out at regular intervals.
Those green cells build up enough for me to engage in a spring planting frenzy before the siphoning off process begins again sometime after the summer solstice.
Several years of throwing random perennials here and stuffing the earth with various bushes there could almost make one think I understand how to put my concepts of beauty into practice. It would be hypocritical to let that thought linger.

It’s the mechanics of gardening that elude me.

Not a Grammar Guru Either

As a voracious reader from age 5 upward, syntax and grammar and punctuation and spelling entered my psyche by default and constant reinforcement.
So do sentence rhythm, appropriate locations for apostrophes and commas, and which(not witch) hear/here or there/they’re/their fits where(not wear).
If the subject and verb don’t agree I automatically sense dissension. After all, subjects and predicates and I have been interacting for well over half a century.

The look and feel of good grammar branded itself into my brain.
Yet some unscaleable wall exists between the part of my mind that knows what is right and the part that comprehends how that rightness is achieved.
It’s the mechanics of grammar that eludes me.

(Everything to do with mechanics eludes me. Mathematics and analytics and order and reason. The leetle gray cells are so leetle and gray that I’m pretty certain I sneezed them out during long addition in second grade.)

Recently, my 5th and 6th grade Sunday School class labored over a fill-in-the-blanks exercise. My helper was the high school sophomore sister of one of my students. When she checked her little sister’s work she snorted in disgust.
“Your sentence is ridiculous. Look, there’s a comma. It means a clause follows and YOU NEED A VERB IN THERE.” Because, you know, even the lower orders of mammals comprehend the grammar rule that a clause preceded by a comma requires a subject and predicate.

Never in a million years would I have written that sentence incorrectly, and never in 2 million would the reason for it rolled off my tongue as glibly as it did from a 16-year-old’s.

I’m a hypocrite, people.
Last year I did a few posts on the “Garden of Grammar” where I exposed the errors and shoddy language practices that drive a grammarian right up and over the garden gate. But I am neither a gardener nor a grammarian. The snooty grammar guru-type posts were written while I wielded a false spade and hid behind a fake set of gardener gloves.
Yes, I can tell at a glance a rose from a dahlia from a marigold, a cuke from a zucchini from a pattypan, a contraction from a plural from a plural possessive. 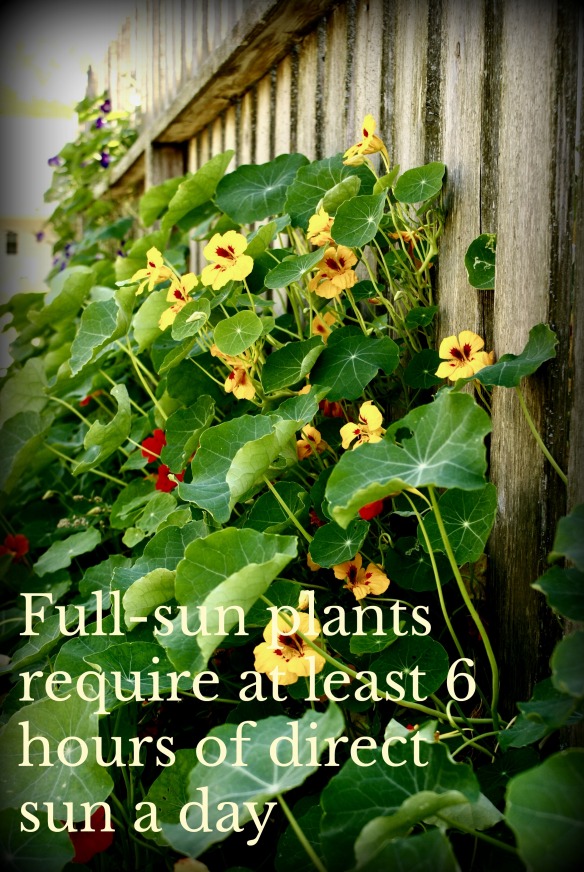 No, I don’t know what kind of soil each plant grows best in or how to prune them or fertilize them or identify leaf moulds.
No, I can’t diagram a sentence or easily conjugate a verb.

But. Oh glorious day. I don’t need to grow a rose to know how one smells or looks and I don’t need to name a non-defining relative clause to correctly utilize it to enrich and clarify my sentences.

So forgive me for the hypocrisy. Please don’t come to me for the finer points of grammar technicalities, or to ask for tips on raising day lilies. But I’ll be happy to tell you if your garden—or your grammar use—are things of beauty and precision and care.

Ever hear of Bulletproof coffee? My boys introduced me. Start with rich, dark coffee, add approximately equal parts of coconut oil and butter, blend really REALLY well (trust me on this) and enjoy. Sound simple?
Forget it.
If you follow my directions, you’re not doing it right.

DOING IT RIGHT? HA!
Notice my instructions were vague? Dark, rich coffee. Forget about it. To do it right, according various online sites, you can’t just use the brand you bought on sale at the supermarket. Nope. Fairtrade, organic, low-toxin beans are the way to go.
Use $1.99/pound butter? Are you KIDDING ME? Grass fed all the way, baby. Unsalted.
Make sure to buy the coconut oil that boosts your brain power. I forget what it’s called.

Please hop on over to Heart”wings” via the link below to read the rest of the story!

You must have heard of this one. It’s more extensive than the #metoo campaign. #youtoo transcends race and gender and political parties. It’s in history books and news, both fake and not-quite-fake. It positively blankets social media. We don’t necessarily brag about it, but goodness gracious. We sure do practice it.

We’ve been adherents since we were children. The first time I remember engaging in #youtoo, I was about 4.
That rude gesture—the sticking out of the tongue, sometimes accompanied by a “NYA-nya” sound (difficult to articulate perfectly while the lips were occupied with keeping the tongue extended)—was strictly forbidden.
In case you got lost in the syntax of the previous sentence—I was ordered to NEVER stick out my tongue.

Then my cousin came to visit. My older, cleverer, mischievous cousin. She drove me to distraction one day by being older and cleverer. And more mischievous. So I chased her around the house.
She beat me to her car, leapt in, locked the doors and stuck out her tongue.
AhHA! An unwritten rule in my code of conduct was that when an older cousin disobeyed any commandment, all bets were off.
The command was null and void.

I stuck my tongue out at her.
Whereupon she promptly shouted with glee. I heard her through the closed window and knew that somehow something had gone wrong.

“I’m telling! You stuck out your tongue!”

I couldn’t deny it. But there was that null-and-void addendum.
“You did too! You stuck yours out first!”

“No I didn’t! I pulled my bottom lip down and stuck it on the window!” She demonstrated. It did sort of resemble a stuck-out tongue. She was fairly dancing with delight as she exited the car to head for the nearest authority figure.

Cousin could have been pulling my leg. It still is a leg undeniably easy to pull. But all I remember was the dread knowledge that now I was in for it. How to explain YOU TOO to the first authority figure on the scene?
YOU TOO=any infraction of any rule is sanctioned when someone else of equal or greater stature does the infraction also. Try explaining that with a 4 year old’s vocabulary.

#youtoo has always been around. Look at Adam and Eve, for goodness sake.

Instead of comparing our own rule-breaking, our own infractions of codes, our own sin, against the righteousness of God, we compare to others. If they are doing it too, we might not be any better than them, but at least we are no worse.

Dear Lord. We are sowing the wind with our devilry and reaping the whirlwind of compounded evil. All because of “You too!”

“Conservatives, you are cruel to immigrants.”
“But liberals, we have proof that your politicians are too.”

“Women, you are demanding rights based solely on your gender.”
“Give us a break, men! You think you don’t do the same thing?”

Europe accuses the U.S. of discriminatory practices against minorities and the U.S. can point to a thousand years of mistreatment against the Romani people.
The United States North snips at the United States South about various procedures and policies and prejudices and the South, with good cause, can point out plenty of examples where the North does the same thing, just dressed up differently.

And nobody changes and nothing gets better because as long as someone of equal or greater stature is doing something similar, we don’t have to quit.

The world points at Christians for hypocrisy and narrow-mindedness and ignorance and Christians point back and—
Whoa. Wait a minute. This is where it has to stop.
Christians, of all people, are the ones who cannot point the finger and say “YOU TOO!”
The only standard to compare ourselves with is the one our God has set for us.
When someone else breaks a rule, that rule isn’t null and void for us.

We’re different, my brothers and sisters.
We can’t use anyone else’s sins to justify our own.
Instead, let’s take a giant step back from #youtoo.
Maybe, at least in the household of faith, it will go the way of #Jeb!2016 or #travelingpantsuit.