I live in one of the American States in an area vaguely designated as the Upper Midwest. It’s not so northerly to suggest all Paul Bunyan all the time. And not mid-westernly enough to call up images of cornfields, wheat and the occasional soybean.

My state has so much to commend it!  Rolling hills. Picturesque farms. Colby Jack cheese. And many bodies of water.

The problem is this:
There are only two months of the year during which I can fully, without encumbrances, enjoy and participate in the Great Outdoors.

June is one. Many folks remain outdoors for the 30 days June hath.
With good reason. We seldom need buckets of citronella, pallets of Deep Woods Off
or thousands of dollars of homeopathic insect repellents. But that day comes soon enough.
Because a primary function of some bodies of water making my Upper Midwest state so appealing is mosquito hatcheries.
They perform it admirably, and from July through September, my fellow statesmen and I don Deet, erect screen houses, engage in the state dance (The Mosquito Swat, Slap and Sidestep) and cower indoors after dusk like the residents of Transylvania avoiding Count Dracula. Because often, mosquitoes don’t depart till October.

Speaking of October, it is the other month that beckons us upper Midwesterners
with open arms. “Come outside,” this tenth month calls. “Leave behind your insect repellent, your Uggs, your mosquito netting and your fuzzy mittens.” 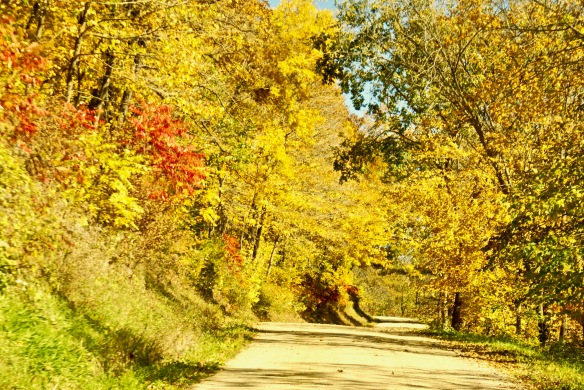 Like June, it compels us to spend the entire month outdoors.
Because we know that the months of November through May often bring this:

We are either anticipating the above dump of white, living through it, or cleaning up after it in those 7 months.

But we endure. Because we anticipate June and clasp memories of October to our hearts. 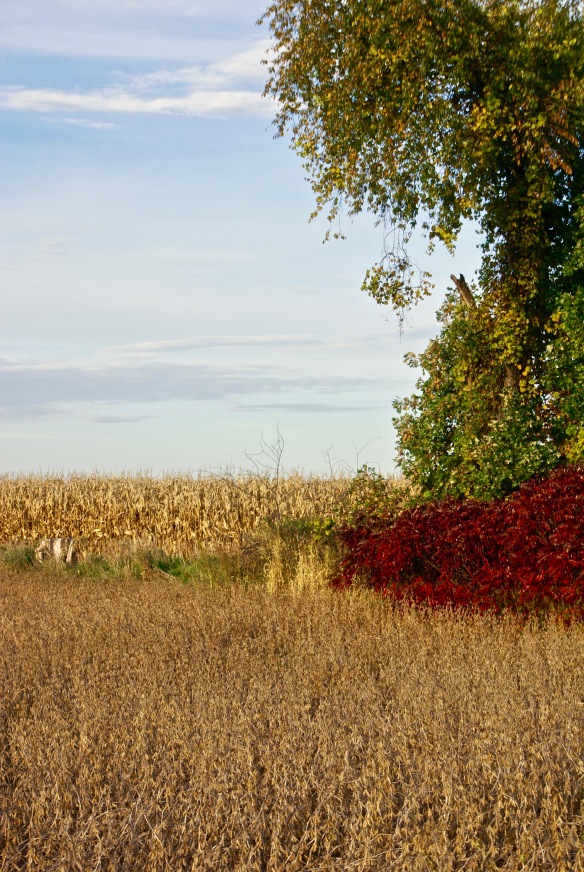 Friends who may consider a move to the Upper Midwest, know this:
The ratio here of ick to glory is 10:12. That is 5/6th of a year we can’t head outside without layers of outerwear or layers of insect repellent.
Is it worth the struggle?  Mathematically the odds are against us.
But aesthetically it can’t be beat. 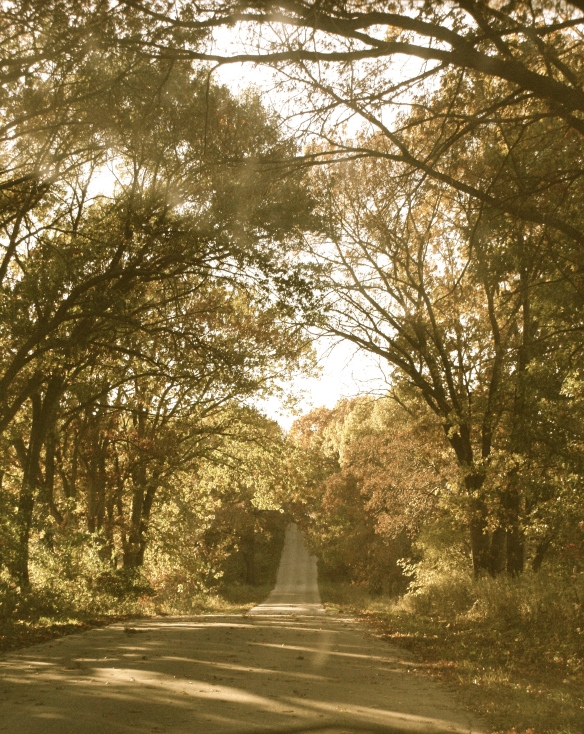 Maybe autumn by you this year is spectacular. Maybe the trees are blazing with vermilion red and juicy orange and Fort Knox gold leaves.

Or maybe, like me, you are seeing deciduous trees that should be reaching their glory days but instead are fading to a meek grayish-brown. Their leaves hang from the trees as though too exhausted to put up a fight against winter—the kind of gritty brawl  culminating in those vibrant primary-tinted bruises of foliage that won’t go down without a fight. No, the trees here are waving dingy dishrag-color leaves in surrender.

What is the deal? Our hit-and-miss precipitation of the last past season may be responsible. We’ll go for months with almost constant rain and then see weeks of iron skies and parched earth. The leaves may be tired of all the drama and just want to drift quietly to the ground with little fanfare.

Are these leaf-shedders following the spirit of the times, ashamed of their deciduous privilege? Or, conversely, envious of their evergreen siblings? Who knows. And who knows but that autumn might surprise me and coming storming back in a blaze of eye-searing hues.

In the meantime, (and for my Midwest-homesick son living in gravelly L.A.) I will feast my eyes on these visions of Autumn Past. 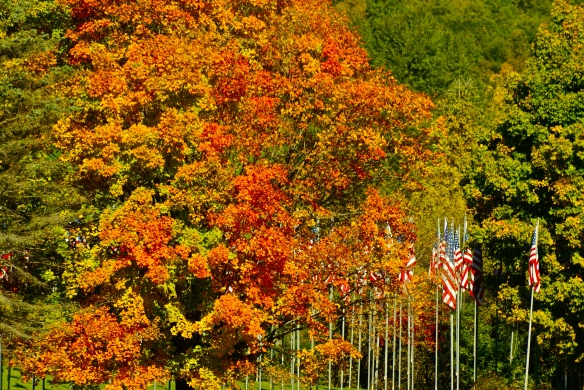 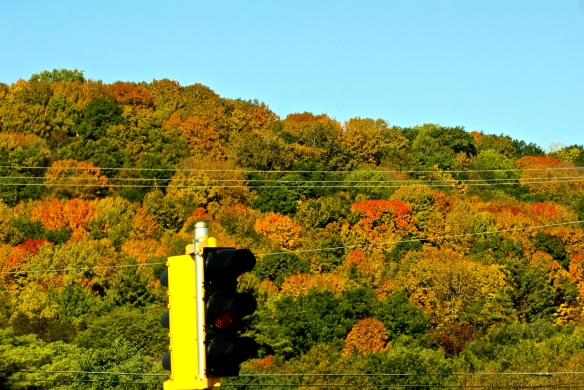 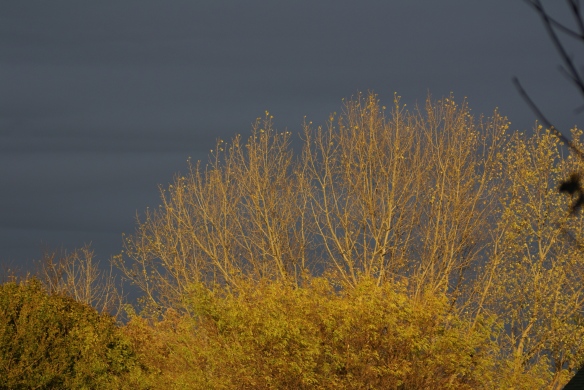