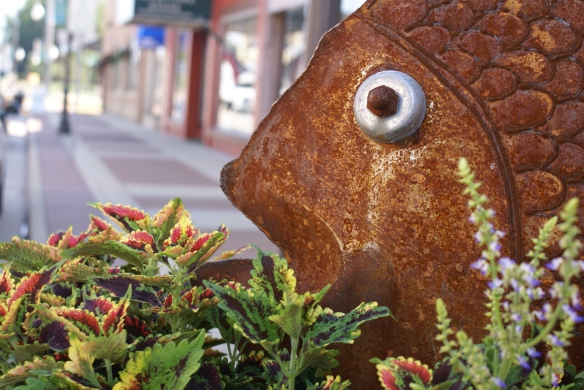 I’ve got this friend. She is really great and when I meet great people I like to get my dirty laundry aired right away. Can’t hide it forever, I figure, and she might as well know sooner about my warts and all.
“I worry a lot,” I told her early in the friendship.
She, being the kindly type, smiled beneficently and kept being my friend.
But I knew immediately she wasn’t a worrier * and had barely an inkling of what worry felt like. It was not a shared shortcoming.

Something else about this friend. She hasn’t had one of those pain-free lives that one would think might result in a non-worrier.
No, she has known loss and heartache.
But worry was not woven into her DNA.
It is in mine.

Worry has twisted itself so intricately in the fiber of my being that if you tried to remove it I would unravel.

I don’t know if my grandparents were worriers. My mom was the “I knew someone who did stupid thing (We’ll call it A) and this bad thing (B) happened, so by gum, you aren’t going to do A which ensures you won’t fall victim to B” type of worrier. Her fears were grounded in historical precedent.

Daddy, on the other hand, lived in a world of “If it could happen, if my mind has imagined it, it will probably happen.”
If there was a thunderstorm he would come upstairs in the middle of the night to get us downstairs. Lightning just might strike us in our beds. He worried we would be scalded in the shower if the hot water heater went bat-poo crazy. He worried that knives in the dish drainer would invert themselves, sharp end up, and his children, passing the sink, would trip and fall on said knife.

When I was pregnant with #2, and #1 wasn’t walking yet, Dad watched me walk down the steps from our second floor apartment carrying #1 on the bump containing #2. He was so relieved to see me feel for each riser with my heel. Why? Because he’d been envisioning (in the greatest of detail) me missing a step and hurtling all three of us into the oblivion of the first floor.

Dad. Ah, that lovely man had taken his natural-born worry and honed it with the dedication of a craftsman.

So I come by it honestly.

I can’t remember a time in my life when I didn’t worry, especially about my loved ones.
But I also worried that the library would run out of books and our family would run out of money.
I worried that since my older sister bore 3 children, the world would be pushed to its population limits and I could only have one, to even the familial quota. I worried about wars and rumors of wars but also was concerned about how world finances would fare with no war-based economic boons. Facebook has given me new vistas of worry. Sometimes, in one day, I will have to decide whether I am more worried that the food in my fridge, the light bulbs in the sockets or the wicks in the candles will poison us the fastest. Don’t get me started on the anxiety about cryptic postings from friends like “I can’t go on” or ”So help me, he will never see another sunrise.” And the honey bees! You know about THAT potential tragedy, right?

Are you worried about me yet? Can you tell these aren’t the normal fears and concerns that are part of growing up and getting older?

I get all excited that cranes and herons and eagles have made a comeback. But then I worry. Is the food chain long enough to support all these big critters? I pat myself on the back when we have money saved up because I am shopping less. But then I worry. Who is supporting the economy? Who is buying stuff? And you know that people are living longer. Fabulous! Who is going to take care of them all?

Got a praise? I’ve got a worry for that.

I’m not certain many other people worry as frequently or with as much lunacy as I do.
That worries me.

By now are your biting your tongue, wanting to shout the verses at me that tell me to “be anxious in nothing?” Don’t you want to remind me that anxiety is a manifestation of doubt in God?

You’re probably right and if it makes you feel better, I’ve spent a lot of time worrying about my lack of faith and trust.

But I can’t really change. Worry is my crack, my twist, a birth defect. Like all weaknesses, God’s strength can be made perfect in it. When a worry comes to mind, it can drive me to my knees. I can be in deep and constant prayer for my family, friends, church, nation, creation. Maybe this is how God chose to make me turn even more to Him. My worry leads me to the Lord. And I can be reminded, when guilt about my worry-prone sin nature threatens to overwhelm me, that Christ died for the sin of anxiety too.

*This friend’s husband is a pilot. She never worried about him. Until the September 11 attacks. On his first flight, after air traffic was allowed to resume, she felt an odd sensation. “And I had to wonder,” she told me, “if that was what worry felt like?” 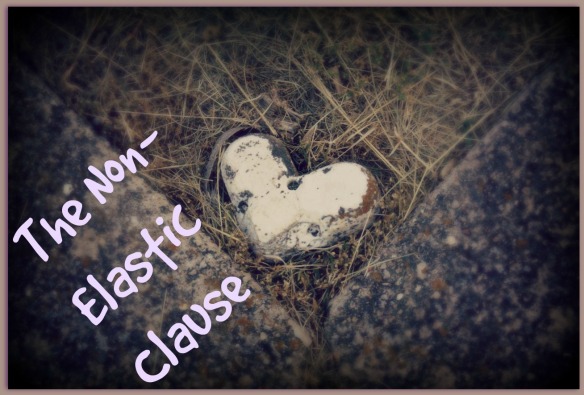 Here’s how it works:
We are, at birth, issued heart sections to fill with emotions.
Most sections are fairly elastic—the Puppy Love area, for example.
At age 13 it expands so far that it actually moves beyond the heart wall and into areas such as the voice box, (rendering it speechless when speaking to the Object of Affection), and the stomach, (startling dormant butterflies into violent action at the sight of the same Object of Affection).

But the Object of Affection eventually loses his/her luster and the Puppy Love section shrinks down to almost nothing till inflated by True Love.
The same is true of the ‘Need for Speed’ area predominant in teen boys-—it oozes past the heart and squeezes shut Common Sense and Self-Preservation areas of the brain, but by daddyhood has assumed manageable proportions.

Unfortunately the elastic clause isn’t binding on the Emotions for Parents Area (EPA).
A certain amount of heart space is delegated and we’re required to keep it filled at all times.
It has a non-elastic clause.
When we were infants, every nook and cranny of the Emotions for Parent Area is filled with Need. A bit older and we don’t Need parents for minute-to-minute survival, so some Need is replaced with Love.
Love ebbs and flows as Resentment, Desire for Approval, and Utter Humiliation jockey for position in the space allotted.
But the EPA retains its original volume requirements.

For many sad reasons, Hate, Blame, or Regret sometimes wriggle in. These make it difficult for Love to survive in the Emotions for Parents Area. (A sobering note: Whatever fills this area will  seep into and affect  Friend Love, True Love, Offspring Love, etc.)

In the normal course of events, by adulthood most of us find our EPA filled almost completely with Love, Respect and Concern, and as our parents age, Compassion and Anxiety find space.
What happens to those of us who had to say goodbye to parents? We think “If only I could have had them for a few more years, I’d be able to handle the loss better.”

Not true. The Emotions for Parents Area of your heart has a non-elastic clause, remember?
Parents could live to be 100 and there would be exactly the same amount of emotion to be lavished on them.
Those who have lost parents have a big heart part filled at first with Ache.
Then Affectionate Memories begin to replace some (but never all) of Ache, allowing room for Gratitude and Honor, all of which are highlighted by Love.
And the non-elastic clause means you will carry those emotions in full measure all of your days.